Look, you aren’t getting any Pappy… Or, how I learned to stop worrying and enjoy the tedium of American whiskey. Part 1 of 4

Look, asshole, shithead, you vacuous status whore, Pappy Van Winkle doesn’t matter.  I don’t really feel bad about letting that cat out of a burlap sack because YOU AREN’T GETTING ANY PAPPY! But I’ll help you deal with that loss, and grow as a drinker. 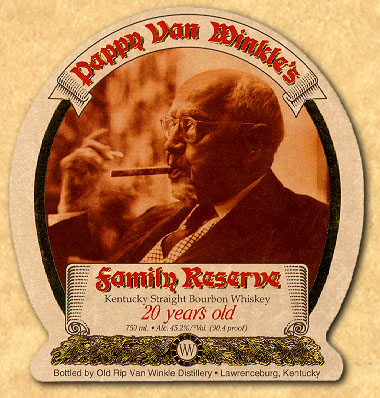 Santa? Is that you?

First, let me offer, “you don’t know what Pappy is anyway.” Were you pining for the 10yr, 13yr, 15yr, 20yr, 23yr bourbon or the rye?  America’s infatuation with Pappy is like a 10 year old boy’s infatuation with bikini clad women on Ferraris.  A doubly accurate simile because much like a 10 year old boy, if you got “it”, you wouldn’t know what to do with it. Who make this Pappy stuff anyway? What is the mashbill? Isn’t Pappy what Chuck Bass drinks on Gossip Girl?*

According to a quick internet search, roughly 1/3 of the Internet’s boobs have been pressed up against a red Ferrari.**

But let me not deride Pappy too much, it’s great, but what you are over-paying for is three fold 1) The basics of supply & demand 2) mystery 3) it will always be better than anything in a plastic bottle.  Instead of being informative, I’m not going to answer any of the above posed questions & mysteries.  You should ask the imaginary distillery that doesn’t make Pappy to answer those questions.  Just post mark those envelopes to: “Pappy ‘guy on the bottle’ Van Winkle” care of Buffalo Trace Distillery’s Marketing Department, and I’m sure at the end of the day, he’ll write you back; just as soon as he is done shooting pool with Johnny Walker, Sailor Jerry, and Captain Morgan.

It’s the beautiful holiday season, a time of year that we can drink with our friends, families and even our enemies.  You have gone to the store and asked for a bottle of Pappy Van Winkle 15yr, you are prepared to spend between $60-$100 on American whiskey only to find out you can’t get this gift for your father in-law, boss, poker group, husband, wife or more likely, yourself.  What do you do with that searing hot money in your pocket?  First off, give a couple bucks to that bell ringing Salvation Army guy, probably tax deductible.  But after that, choose your destiny:

You rolled a “1” and got “Big Lots o’ Whiskey.” Meaning buy all that follow.  Did you know that in America, we are really good at bourbon? Did you know that in many ways, “good” can be defined as “efficient economies of scale?”  And it is by that definition that three of America’s greatest bourbons are overlooked daily in pedestrian grocery stores.  Jim Beam 8 year (now called Jim Beam Black Double Aged which is a great new label but stupid marketing campaign), Evan William’s Single Barrel and Willett Pot Still: at $20, $30 & $40 respectively are three of the best values in bourbon, and prime examples of  how bigger is better.  Why?  Jim Beam makes more bourbon than anyone else, and when they let a few of those barrels age an extra 4 years (oh…double) they really hit a sweet spot in bourbon, figuratively and literally.  8 years is when a bourbon is quite mature and the caramelized sugars from the wood are very evident but have yet to develop any harsh tannins.  Jim Beam 8yr is a perfect balance that I’d be content to have as my only bourbon, but at that price, I’d be inclined to over-indulge for $20 a bottle.

I am cool enough to know, this is great everyday/morning/noon & night bourbon

Evan William’s Single Barrel is a similar story but refined and slightly more exclusive.  Made at Heaven Hill, this is a 10 year old single barrel project, which true believers will remember means, “not blended with any other barrel.”  All of the contents of each barrel are individually labeled and bottled.  Moreover, each barrel is hand selected by Heaven Hill’s master distillers and imbibers Parker & Craig Beam.  Did you know that everyone in Kentucky is a close-knit family?  It is one of the many reasons those people are so nice to each other.  Every year Evan William’s Single Barrel is different and every year you get more than your money’s worth for $30.

Willett Pot Still leads the bourbon market in “coolest bottle,” but what is it other than just a pretty face?  Well, it’s a really pretty face, this is a bottle that impresses both idiots and connoisseurs.  Willett Pot Still, made by Kentucky Bourbon Distillers  is a younger single barrel bourbon.  There is no age statement on the bottle, but judging by the barrel’s yield (hand written on each bottle) the bourn is between 4 & 7 years old.  Seems like a big gap, but the Kulsveens (Willett family decedents) that are picking each barrel just pick the barrel when it’s ready.  And if that “ready when I say so “ attitude doesn’t impress people, the bottle and $40 price tag will. 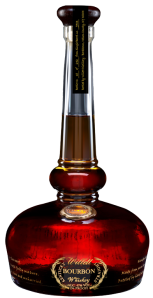 This is what a “pot still” looks like. Like being able to change a tire, recognizing a pot still is a life skill.

Tune in tomorrow for the next chapter of Unknown Underdogs.

*Yeah, I live with and love a woman, Gossip Girl is often on TV, I know who Chuck Bass is and what he drinks.

**Most tasteful photo I could find

This entry was posted in Cocktails. Bookmark the permalink.

13 Responses to Look, you aren’t getting any Pappy… Or, how I learned to stop worrying and enjoy the tedium of American whiskey. Part 1 of 4