Look, you aren’t getting any Pappy… Or, how I learned to stop worrying and enjoy the tedium of American whiskey. Part 3 of 4

Today’s lesson to prevent bourbon zombie-ism is about the distillers in your hometown. Yesterday I discussed often overlooked bottles you could enjoy instead of the Pappy Van Winkle you aren’t getting. 2 day ago I tackled cheap bottles you need to know. Let’s continue:

Look, I haven’t “arrived” yet, so I know the strident sting of the backhanded compliment.  Unfortunately, that is what I have to dole out to micro distillers, your “hometown heroes.”  Many of them aren’t quite there yet, because whiskey ain’t easy, some (most) of them should go back to their day job right now.  But how about instead we highlight some that are innovating and redefining whiskey?  You can say:

“I remember when you didn’t have to be on a waiting list for this.” 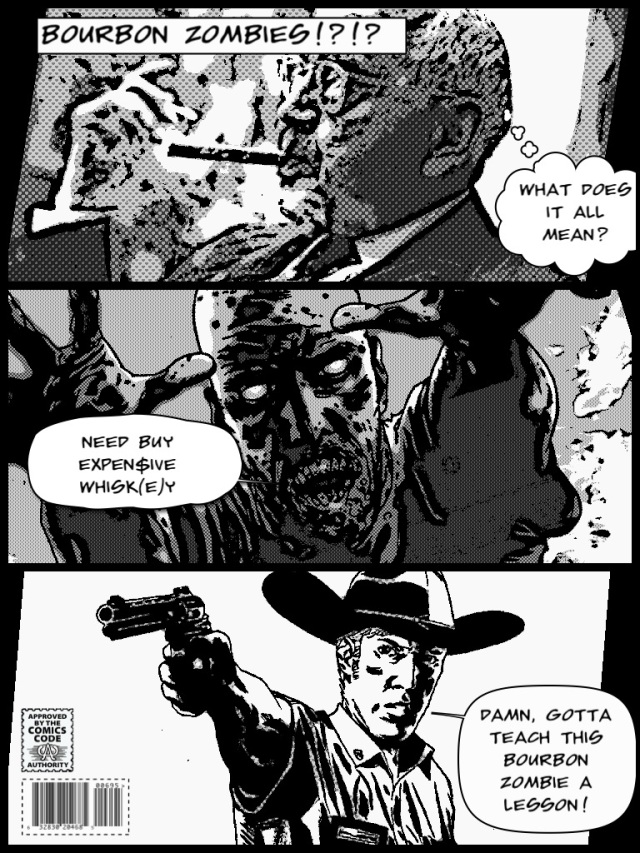 thanks to Kirkland, Moore & Adlard

Unlike the list you need to be on to get Pappy, these you can get by driving up to the distillery.

It’s the beautiful holiday season, a time of year that we can drink with our friends, families and even our enemies.  You have gone to the store and asked for a bottle of Pappy Van Winkle 15yr, you are prepared to spend between $60-$100 on American whiskey only to find out you can’t get this gift for your father in-law, boss, poker group, husband, wife or more likely, yourself.  What do you do with that searing hot money in your pocket?  First off, give a couple bucks to Sandy relief, it was worse than you think it was, and it’s probably tax deductible. but after that, choose your destiny:

May I kindly offer, 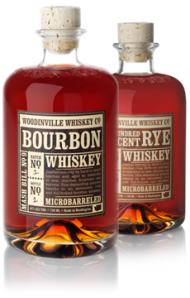 the more you drink of these, the faster their new stuff will get released

Woodinville Whiskey, man, these guys, before I even say anything about it, check out this quote from their website:

Forget everything you thought you knew about whiskey—like where it’s made and how “small batch” is defined. Whiskey drinkers’ best days are still ahead of them, and there are new chapters to be written in the story that is whiskey. With pen in hand, we’re here to do our part.

YEAH, LET’S DO NEW SHIT!  Anyway, I believe this across all whisky from scotch to bourbon to Japan right now.  Distillers are innovating, experimenting and blazing new trails.  Woodinville Whiskey is likely one of the larger bourbon distilleries outside of Kentucky and Indiana.  And you’ll still find people that think  “only Bourbon County can make bourbon, “ I call those people “map-less.”  Not much is available from Brett & Orlin right now, but every time I get a sample of the countless barrels they are racking up, I’m happy.  They currently have 2 micro barreled expressions out.  When will the full sized whisky be out?  When it’s ready.

always swing for the fences

Balcones  Brimstone  Smoked Blue Corn Whiskey is actually a real thing, and you should try it even though I personally do not like it. What can I say, it’s an eponym, it’s aged smoked corn whiskey and that’s what it tastes like.

Hop on this metaphor and take a ride with me:  The film Southland Tales by Richard Kelly was not good.  Richard wrote & directed Donnie Darko and followed in with the “hated by everyone” Southland Tales.  But here is what really happened: while Southland Tales wasn’t good, it was: brave, bold, creative and demonstrated great potential.  It was failure better than most people’s weak, safe & restrained “airplane movies.”  Brimstone isn’t a failure, it just isn’t my favorite, but it is changing whiskey and how we think of it.  I expect that that distiller Chip Tate will someday kick my ass with an awesome bottle of whiskey.  Or perhaps, do it more literally, with his fists, if he doesn’t understand this metaphor.

America, here is your bench mark for American single malt

St George Single Malt is an American single malt.  It isn’t a bourbon, rye, or a blend and it sure ain’t scotch; it’s 100% malted barley.  It is currently on it’s 12th bottling released from St George and had you asked me 6 years ago if America could make single malt, I would have said,

When what I should have said was,

They have been bottling for 12 years and consistently getting better. This is a great whiskey now. It’s nutty & fruity with a touch of smoke.  It has a complex barrel story and you can taste it.  It has maturity now and I look forward to every release getting even better.

Tomorrow we’ll wrap up with actually talking about other expensive American whiskies.

*I’d rather buy bonds in your distillery while you practice.   And I’m serious, I’ll give you $100 for a bottle or 2 in 10 years before $30 for some shit you bottle to pay investors.

This entry was posted in Cocktails. Bookmark the permalink.

6 Responses to Look, you aren’t getting any Pappy… Or, how I learned to stop worrying and enjoy the tedium of American whiskey. Part 3 of 4